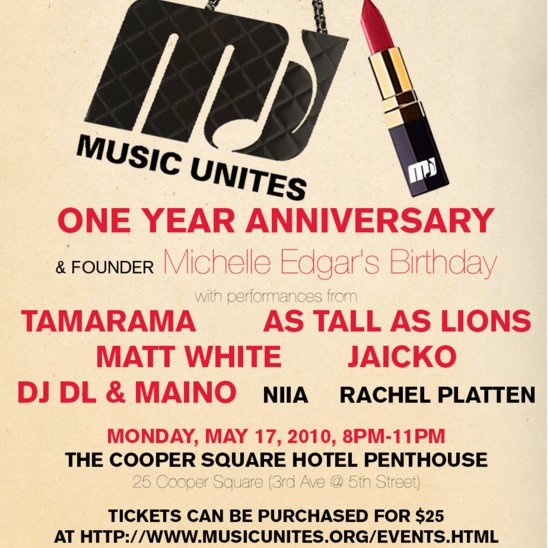 It was just one year ago that New York-based charity Music Unites was founded by Michelle Edgar to support music education in underfunded inner city school districts and bring music to underserved communities.

In celebration of our one year anniversary, Music Unites is hosting an exclusive benefit concert celebrating artists of all genres from pop, rock to rap, with a total of eight acts. This event has been made possible thanks to the support of the Annie O. Music Series, Cooper Square Penthouse and AriZona Beverages. Musicians who have been behind the cause from the start have donated their time and will come out to support the cause including Tamarama, As Tall As Lions, Matt White, Jaicko, Maino, Niia, Rachel Platten and DJ DL.

It’s also Michelle’s birthday, so be sure to wish her a happy one!  Tickets are SOLD OUT.