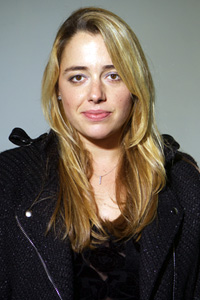 Executing game-changing entertainment partnerships, and withholding a track record for enhancing major brands, Michelle Edgar is a renowned entertainment executive who is recognized for orchestrating collaborations between music, entertainment and marketing.

Edgar began her career in media as beauty director at OK magazine, where she developed revenue-producing strategic partnerships that align brands with music and film talent tied to major entertainment franchises from Oscar’s, Grammy’s and fashion week.

Michelle is a renowned leader in bringing together different industries to take their platforms to another level. 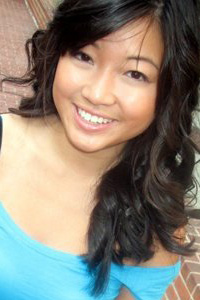 Glenda found her love of charity work when she first joined Women for Women International’s executive office team as an unpaid intern in fall 2008. From the numerous heart-warming and galvanizing speeches she heard from the CEO/Founder Zainab Salbi, Glenda found herself wanting to share the immense compassion and love she had for learning and sharing other people’s stories. That same year, Glenda hosted her very first fundraiser at a boutique in Bethesda – raising a humble $200; however, her success and excitement stemmed from sharing the stories of female entrepreneurship in war-torn countries. That same year, Glenda took a trip by herself to Pascuales, Ecuador to help her friend build a safe school and grounds for her friend’s nonprofit – Children of Guayaquil. She spent 7 days carrying bricks, painting walls, and most importantly bonding with all the program’s children. For months before her trip, she collected boxes of clothing, books, calculators, and more to bring with her to Ecuador.

In May 2010, she teamed up with local philanthropist Sarah Paterson to raise $4916 for the Avon Breast Cancer Foundation; moreover, Party in Pink had approximately 600-700 in attendance and the two ladies were able to share the inspirational stories of women who have conquered cancer. After planning this large event, Glenda found that her event planning experience could coincide with her passion for philanthropy. From 2009 to 2011, Glenda held two full-time as the Executive Assistant to the President/COO at Women for Women International; and the Hospitality and Events Manager at DISTRICT Restaurant, Lounge and Nightclub. In 2011, she was nominated as a Leukemia and Lymphoma Society (LLS) Woman of the Year candidate, and helped raise $36,000 for LLS in just ten weeks. Moreover, she befriended two children who were currently undergoing blood cancer treatment — coming to the realization that philanthropy work would always be a major part of her life.

Glenda took over as Executive Director for Dreams For Kids DC (DFKDC) in September 2011. Over the past few years, she has developed numerous corporate partnerships, engaged hundreds of new volunteers and created hope and memories for thousands of at-risk youth in the DC-metro area. Holiday for Hope 2011 garnered a record-breaking 700 children (who were either homeless, in foster care, with disabilities or from low income families), 300 volunteers; and Glenda was able to attain Mayor Vincent Gray to give the opening speech to all 1,000+ people in attendance. She has secured partnerships with the Washington Redskins, and maintained relationships with the Washington Capitals, DC United and more to provide adaptive sports clinics every month to hundreds of children with disabilities. The empowerment these children feel and learn from all of DFKDC’s activities propel them through school, work and life.

From 2011 – 2014,Glenda has helped organize fundraisers for local and international charities including Falling Whistles, Saprinu/Shining Star Academy in Nepal, Fashion Fix, Cystic Fibrosis Foundation, Hope Community Charter School, Brainy Camps, Children of Guayaquil, Artsbridge Institute, FairFund and more. She has raised over $100,000 on behalf of other nonprofits and rarely charged a fee for her services. She has leveraged opportunities to philanthropically involve and work with celebrities including the Wale, Swizz Beatz, Michael Zakarin of The Bravery, the Washington Redskins, and the Washington Capitals.

Glenda currently serves as volunteer COO of Music Unites, board member for UrbanLight, founding member of Take Back the Night DC, as well as leadership team member for the Leukemia & Lymphoma Society – National Capital Region. She is currently fundraising for Mama Hope with three friends in an effort to help build a Women’s Health Center in Uganda. She will be venturing to Africa for the first time in January 2015 to help physically complete this project and meet the many women and children this health center will benefit. On a daily basis, she finds inspiration in her friends and family – and above all else – wants to keep sharing the stories of the world.

Kimberley Williams is a New York based artist manager and entertainment consultant. With over 15 years in the music industry as an artist, label executive and working in artist development at SBK Records, Atlantic Records, Elektra Records, Sony Music and MTV Networks, Kim has worked directly on the startup marketing campaigns for Simple Plan, Kid Rock, Jewel, Brandy, Fat Joe, Craig David, Kim Burrell, Michelle Williams and Ty Tribbett. Finding her true calling as an artist developer, prompted Williams to create Onevakynd Management Consulting, LLC., a publishing and management company that represents the next generation of singer/songwriters and producers. There she utilizes her skill for cultivating and educating independent artists to take control of their own careers, while guiding their day to day activities. Kim continues to bring her fire and passion to Viacom Media Network’s Business and Legal Affairs team helping to create placements and marketing opportunities by pulling from her extensive background in event planning, music media licensing and artist management.

A performer since an early age, Williams performed in the world renowned ‘The Singing Angels” based in Cleveland, Ohio. She has traveled to such places as China and Japan, and sung for 4 US Presidents; is classically trained in voice, piano and theory at The Cleveland Institute of Music, received a BA in Communications from Bowling Green State University and is a graduate of New York University’s Cap 21 Conservatory & Music Theatre Program. As an adult, she was a signed artist on SBK Records where she learned firsthand the business of music and has seen success on a professional level. Always, grateful for the experiences she received and experienced as a child she was shocked when she found that in her adopted city there were NO music education programs for youths and set her mind to change that when she met Music Unites founder and director Michelle Edgar in 2005.

Kim has been involved with Music Unites since its inception helping to organize the very first event at the Red Bull space with the band Victor French and currently serves as volunteer Event Director, handling all planning aspects and Production logistics of ‘Music-Versities’ and Special Events. Aside helping to produce the bi-annual Music Unites fundraisers, helping to manage talent such as Swizz Beatz, Supermodel Jessica Perez and Michael Zakarin from The Bravery; She has also produced successful, educational ‘Music-Versities’, most notably at Viacom Media Networks featuring a panel of industry executives hosted by VH1’s Nick Lachey and at The Gibson New York City, hosted by 2014 Rock and Roll Hall of Fame Nominees AND Music Unites Ambassadors The Zombies (Rod Argent and Colin Blunstone). At both panel the stars talked with the Music Unites students about the importance of staying in school and getting a great education – it can take them to the places they dream about – get them their dream job – it is that passion and hope on these kid’s faces that drives Kim to give 1000 percent to making sure Music Unites survives for these smiles. “The future of music and it’s industry are our youth; it’s our duty to guide them – I will continue to support this organization and let our kids know that no matter what walk of life they come from, Music always Unites” Kim Willams. 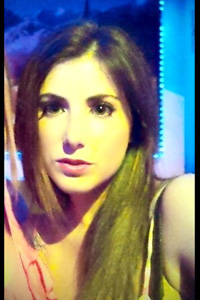 Arielle Helayne Hyatt is the Founder and Director of Music Unites Pepsi PS 153 Chorus. Arielle has a Performance Diploma from The Juilliard School, Master of Arts in Music Education/Music Performance from Columbia University, and a Bachelor of Music Education and Music Performance from the Indiana University Jacobs School of Music. Arielle has been a featured soloist with Skitch Henderson and the New York Pops, The Singing Hoosiers, and the Juilliard Orchestra.

Under the direction of Arielle Helayne Hyatt, the Music Unites Pepsi PS 153 Chorus has been featured on the red carpet premiere of Annie [starring Jamie Foxx, Cameron Diaz, and Quevenzhane Wallis], Hot 97’s Ebro in the Morning, and at the Apollo Theater.

Arielle found her love for music through inspiring school teachers, Louisa Eiermann and Phil Gelfer. She hopes to pass her passion for music to her students they way they did. 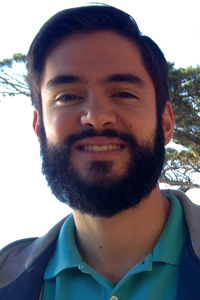 Joaquin Reyes is a New York-based management consultant actively engaged in the intersection of the arts, technology, and management. Through his work in Accenture, he has gained experience in Operations, System Integration & Implementation, and Program Management. He has worked in Communications Media & Technology, Non-Profit, Products, and Health & Public sector. In addition to working full-time with Accenture, Joaquin devotes much of his time to Music Unites, a nationally recognized music education non-profit, and Department of Urban Betterment, a community driven urban intervention group formed in NYC. As a consultant/entrepreneur, Joaquin has devoted himself to technology driven projects with a mission of social good (and musical component if possible).

Joaquin is passionate about the power of music and seeing it play a positive part in today’s youth. His hobbies include playing the guitar, practicing jiu jitsu, and playing soccer. He holds a BS in Industrial Engineering with a concentration in Supply Chain Management and Economic Decision Analysis from Georgia Institute of Technology in Atlanta, GA. 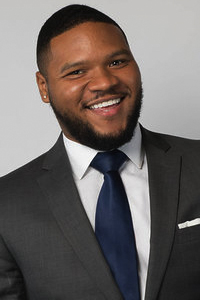 Augustine Queener is the Operations and Corporate Relations Manager for Music Unites. As relations manager Augustine reports to the President and COO to help Manage Corporate Relations Pipeline, assist in planning, and communicating with staff and volunteers while overseeing the office operations.

Augustine grew up in the northeast and holds a Bachelors of Science in Business administration/Marketing from The University at Buffalo. Augustine began his career as a marketing and Brand Partnerships intern at a record label in NY where he discovered Music Unites and the profound impact that music had on youth. Previously, Augustine spent several years as a coordinator for various small to mid-sized non-profit organizations focused on serving at-risk youth. Augustine is passionate about serving youth to raise academic and lifetime achievement for students through the support and creation of unique music education partnerships and programs.