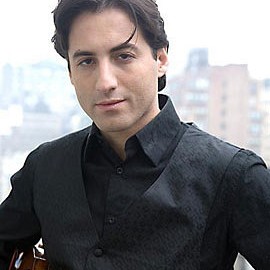 Philippe is poised to become one of today’s most unusual and prolific recording
artists. Following in the footsteps of another Naxos artist conductor Marin Alsop,
he is one of the first young artists to shun the traditional big recording label model
and came to the international attention after receiving a Grammy Nomination for
his debut CD of the William Schuman Concerto in 2001.

Now, seven critically acclaimed recordings later and on the wings of a second
Grammy Nomination for his 2009 Billboard chart topping recording of the
Korngold Violin Concerto- in August 2010 Philippe came out with yet another
original CD of works by Niccolo Paganini in arrangements by Fritz Kresiler. This
unique collection represents a combination of Kreisler’s charm and Paganini’s
ferocious finger twisting virtuosity with a great gift for memorable melodies that
inspired many composers, including Brahms, Schumann, and Rachmaninoff.