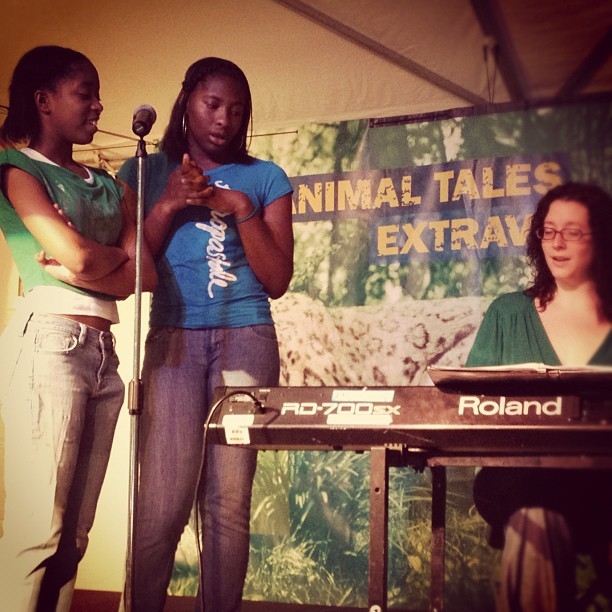 Music Unites, the non-profit organization dedicated to sustaining funds for music education programs in underdeveloped New York City school districts, celebrates its third anniversary by presenting a special program as part of Animal Tales Extravaganza at WCS’s Bronx Zoo.  This momentous event will take place on Saturday, June 2 at The Bronx Zoo and features a debut performance by the Music Unites youth choir from The Women’s Academy of Excellence in The Bronx, as well as a headline performance from celebrity recording artists Nat & Alex Wolff, followed by a meet & greet at the zoo’s Dancing Crane Pavilion.

Each weekend of the Bronx Zoo’s Animal Tales Extravaganza includes an array of activities for families and children. The zoo’s Dancing Crane Pavilion will be transformed into an intimate story time corner, presented by Plum Organics. Zoo-goers can take a break and read from a wide variety of animal-themed books from Simon & Schuster, Candlewick Press, and Hyperion. Children can then stage their own animal tale with a puppet they create at the Bright Horizons Early Education & Preschools crafts area.

The main stage has something for everyone throughout the spring season, and is pleased to team up with Music Unites on June 2 to present a very special debut performance by the charity’s youth choir from the Women’s Academy of Excellence along with headliners and celebrity ambassadors Nat & Alex Wolff.