On Wednesday September 13, Music Unites and XX Project teamed up with Soul Cycle Culver city to ride for a cause and bring music into schools in Compton.

“If OK Go needs an opening act, the band members may want to consider the Juarez Guitar Club. OK Go performed its single “The One Moment” with more than a dozen teenage club members in a jam session Wednesday at Music Unites’ Benito Juarez Community Program. In between performances, the rock quartet discussed its late ’90s genesis in Chicago and the process of creating its elaborate music videos.” – Check out our full story in the Chicago Tribune, HERE! 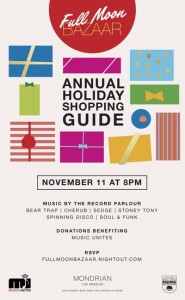 To support the organization, Naztech has placed thousands of insert cards into i9BT packages identifying Music Unites and directing consumers to raise funds for the organization through posting product reviews.

About Naztech
Naztech is a leading innovative consumer electronics products brand. Headquartered in Valencia, CA, Naztech is known for skillfully incorporating patented technologies, precision handcraftsmanship and ergonomic designs with the most advanced and highest quality materials in its products. Naztech is a member of Apple’s MFi licensing program and is certified in maintaining quality and design standards that match Apple’s. For more information, visit www.naztech.com or by email at pbylsma@hypercel.com.

Once the Musical is teaming up with the Irish Theatre Chicago and Chief O’Neill’s to raise funds for Music Unites. These funds will be used to develop an after-school shuttle service that will transport Chicago students to Old Town School of Folk Music for classes and lessons. Our goal for the benefit is to fund this program for one year.Join us for a night of music and fun on Monday, June 1st for Irish jigs, original music, and more. If you can’t make the benefit, but would still like to be a part of our cause, please donate above. Funds raised from the event will be committed to the development of an after-school shuttle program in Chicago that can transport kids from schools with under-developed Arts programs to and from the Old Town School of Folk Music for free Music Unites classes!

If you can’t attend the event, you can still participate in the fundraiser by donating at http://www.gofundme.com/onceunites

The song-writing session will include a Q&A with music professionals and executives on how to write music and how to advance their careers. MU representatives will lead straight forward exercises to help them develop their creativity; and empower students to reach their full music potential. MU will partner with Director and Producer Martin Shore for a powerful workshop revolving around Shore’s latest production, Take Me To The River. Music Unites first collaborated with Shore at The Apollo, where MU Pepsi PS 153 Choir and Youth Choir performed in honor of the film. This Los Angeles community-wide educational initiative aims to empower youth through music by having students watch the film and participate in the musical experience through special performances and educational panels with renowned talent. This Music-Versity will jumpstart a music-educational tour that aims to raise funds for music programs, staff, instruments, equipment, and more through Music Unites. For more information on Music Unites and Take Me To The River, please click here.

In honor of Black History Month last week at the Apollo, director and producer Martin Shore and legendary artists celebrated the launch of Take Me To The River Education Initiative in partnership with Berklee City Music to launch an educational mission to empower and educate students through the Memphis soul documentary, while bringing standards-based instruction materials centered around the film and its music to schools nationwide free of charge.

The education initiative developed together by Berklee City Music program, a nonprofit education program directed by Berklee College of Music that enables youth from underserved communities to develop and enhance their skills through the study of contemporary music.

Music Unites Pepsi PS 153 and Music Unite’s Youth Choir both performed at the famous Apollo on Thursday, February 12, 2015. Check out the photos below.