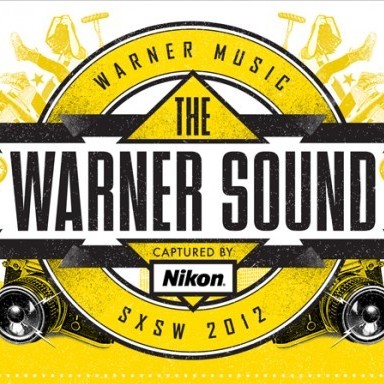 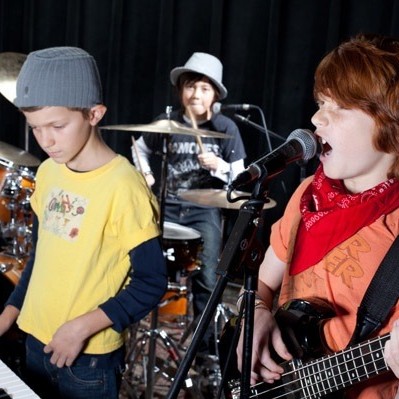 The Park Slope Rock School offers students ages 8-16 the opportunity to practice, perform, write and record rock music in a positive, interactive and exciting environment, regardless of ability level. From the first day of class through the end of the semester, their students are making music as a band, learning the basics of playing and performing rock music in a collaborative setting. Their curriculum incorporates various elements of rock composition and performance, with lessons focusing on rhythm, chord progressions, improvisation, instrument technique, songwriting and stage presence.

In addition to learning how to play and perform classic rock songs, students at PSRS also have the opportunity to write their own original songs. Each semester, every band is expected to compose at least one original song as a band. Many of their bands hit the ground running and produce several amazing original songs by the end of the semester. PSRS has a relationship with Bunker Studios, a studio in NYC, and at the end of each semester, their bands hit the studio to learn about recording techniques and record their original music. With titles like “No Regrets”, “Global Warming” and “Moving On,” their students tackle some serious issues…they just might have the next Lennon or McCartney in our midst!

A portion of the songs sales will fund their next recording session, and the remainder will be donated to Music Unites to help fund music education programs throughout the country! Thank you to the Park Slope Rock School for wanting to partner with Music Unites for this initiative. 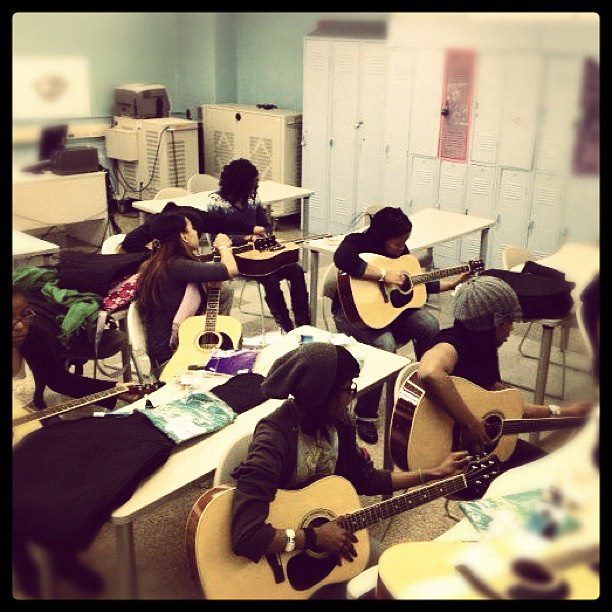 Step 2: Take a picture of something that explains what music means to you. Send it to michelle.golden@musicunites.org or post on our Music Unites Facebook wall. Be visual and creative!

*We’ll post each photo to our Instragram, Twitter and Facebook and the winner (the one who is the most creative!) will get to meet one of our artist ambassadors during March’s “Music in Schools” month!

Everyday Music Unites will post a picture as well. We get quite competitive! 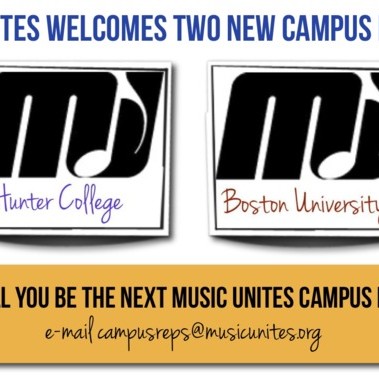 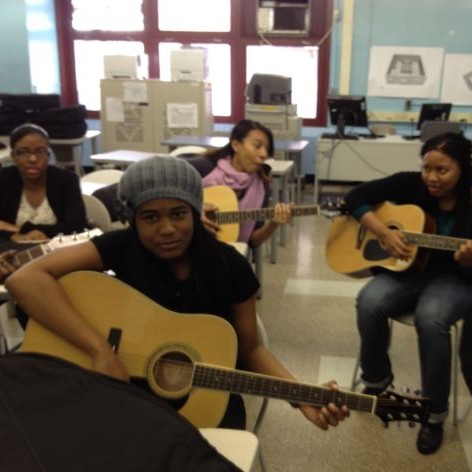 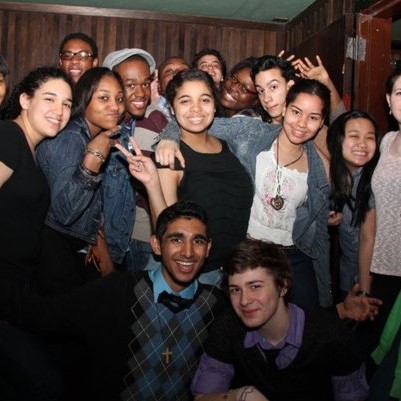 “I found out today I was accepted to the Clive Davis School of Recorded Music Music Mongols Program, it’s sort of like a pre-college program about music production and the music industry that really “encourages” future enrollment at the school. It feels like every time I step on stage or represent Music Unites, that I’m the luckiest girl not only to be able to grow from great mentors like you but to be in such a safe and inspirational environment to grow in as a musician and person. Basically a huge thank you to Music Unites because I don’t think I would have applied to the program if all the Career days and celebrities didn’t exist. They really touched me and now that I’m starting to make decisions for the rest of my life, like college and more, I just continue to realize the underlining fact that no matter where I go, there’s music and it really is uniting us all. It might sound corny coming from a little 16 year old, but honestly, I am the luckiest girl, so thank you for being here and putting your heart in something that really does impact so many. I can see this getting really big and really influential on culture. We’re in the middle of a renaissance! And it’s up to us to catalyze, I can feel it!” – Candace Camacho, Music Unites Youth Choir Member 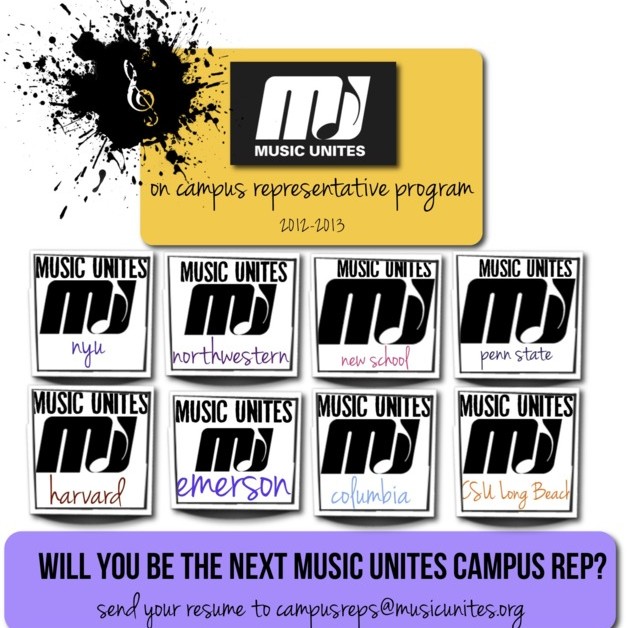 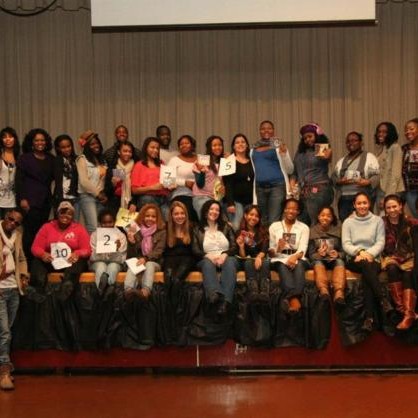 Music Unites announces their first milestone achievement toward accomplishing their Five Borough Youth Choir Campaign Initiative to fund five Music Unites Youth Choir programs across NYC’s five boroughs with the January 2012 launch of their inaugural youth choir at The Women’s Academy of Excellence in the Bronx.

Auditions were held on January 7, 2012, with a total of 16 young ladies making the final cut for the Music Unites after-school programs. 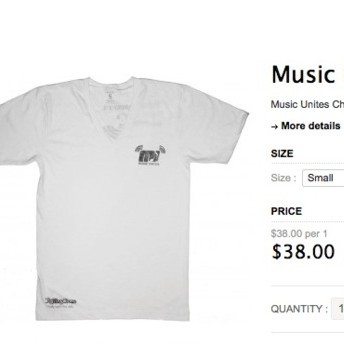 Edgy against the grain lifestyle brand, Unruly Heir will be teaming up with Music Unites debut the official Music Unites’ t-shirt. The t-shirt is a 100 percent cotton v-neck, and went on sale for the first time at Music Unites’ and Rolling Stone’s In Tune showcase featuring Gary Clarke Jr., on Wednesday December 14th.

Shirts will be sold at all future Music Unites events and for those unable to attend events they will also be available here. The t-shirts will retail for $38 and ALL proceeds will go directly to Music Unites to continue their initiative of providing music education for underprivileged children in inner-city schools.

Unruly Heir Founder and Creative Director Joey Goodwin explains the collaboration, “Working with Music Unites and Michelle Edgar is a great opportunity to lend our creativity at Unruly Heir to something very special that Michelle and her Music Unites team are doing through spreading the joy of expression through music to a younger audience, who may not have the opportunity otherwise.” 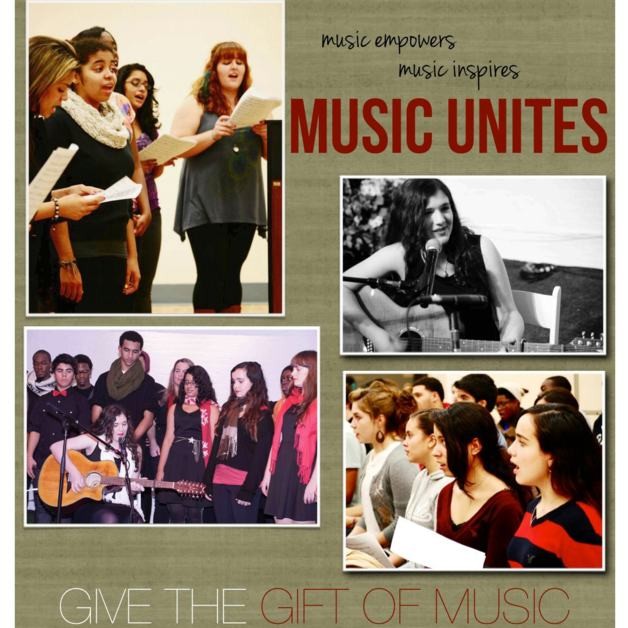 This holiday season give the gift of music to children in need. Music Unites is a 501 (c)3 non-profit organization dedicated to supporting emerging and established artists and bringing music education to students in underfunded inner-city school systems. This January, Music Unites will be launching their Five NYC Borough Music Unites Youth Choir Campaign. Donate $5 today to support this next initiative!